With yoga doing a booming trade,  its hard to believe that it almost became extinct!

Did you know that we can thank western women for saving yoga from extinction?  In fact, we can trace it right back to the actions of just one western woman.  That is why it irks me to hear that westerners practicing yoga is akin 'cultural appropriation'.

Before western woman came along, the practice was of yoga was a secluded and reclusive one that was in decline.  If it continued this way, then in no uncertain terms,  yoga would have died.  Instead of this over the top, politically correct rubbish we should be THANKING western women!

yoga is for humanity

Further more, yoga is a healing practice, very closely connected to Ayurveda.  Moreover, yoga forms a branch of this ancient medicine (2)  just as Qi Gong and Tai Chi are  branches of Chinese medicine.  Yoga is a practice, its a spiritual path, it is an exercise, it can be so much more that that.  It can be all these things, and it can be just one of those things.  But most importantly, Yoga is a practice and should be open to whomever is called to it.

India has given the world many gifts, but the gift of yoga has to be one of its finest.  Yoga is so much bigger than its birth place.  IT BELONGS TO US ALL!   It literally means to yolk or to bind, to bring together, its heart medicine and world medicine!  Yoga is the healing we and the world desperately needs this right now.

Yoga is one of the oldest spiritual traditions in the world, and yet its origins are little known.   Saved from the brink of extinction by a handful of people.  It was the actions of just one woman that helped spread the practice to the west, and subsequently ensuring its survival.   Survey (1) conducted by Yoga Alliance and Yoga Journal reports that the number of Americans doing yoga has grown by over 50% in the last four years to over 36 million as of 2016, up from 20.4 million in 2012.  70%  Which were WOMEN!

100 years ago, when under British colonization, Yoga, and Indian culture was systemically under minded.   Upper casts wanted  to be more like the Westerners.  Slowly abandoning Yoga, Sanskrit, and other traditional practices.  Preferring instead to work in offices and sit in chairs.   Lower casts, preforming manual labor, squatted and lived close to the earth. Possessing strong, supple bodies they had no need for yoga.

Further more, yoga was only allowed to be practiced by men and women were strictly forbidden. Also, a guru and his student shared a relationship that was a closely guarded secret.

How did the practice of yoga grow from a secretive system, exclusive to men, and near extinction, to one that is primarily performed women and thriving in the West today?  The answer to this can be narrowed down to the actions of just one woman and her guru. Once upon a time

lived a Guru whose life mission was to introduce yoga to the outside world.   Helping to create such traditions as Ashtanga, Vinyasa, and Iyengar.

Certainly, it all began with one single individual, a brahman yogi called TKV Krishnamacharya. Considered the single most important master of yoga.  Together, with his four students, they would breathe life back into yoga. His influence so great that it would forever shape, change, and create the foundations of the modern yogic practice.

A master, with degrees in Sanskrit, Music, Law, and Art. Krishnamacharya is considered a genius, having memorized all the yoga sutras.

In addiction, his tenacity, creativity, research, and dedication  saw him take this practice out of obscurity.  Most importantly, mastering and refining yoga before bringing it to the public stage.

With a hunger for knowledge he searched out one of the last remaining masters of Hatha yoga. This reclusive guru,Yogeshwara Ramamohana Brahmachari,  lived in the Himalayan caves, . For seven years, Krishnamacharya lived the yogic teachings of asana and pranayama.

Foundations and practice of yoga were developed during this time.

Finally, his time came to leave the Himalayan caves.  Upon his guru's request, Krishnamacharya returned to civilization with the mission to share the practice of yoga with the outside world.

Could you imagine a world without yoga?

Initially, he married and settled in Mysore, where he lived in poverty. Meanwhile, he started to teach Sanskrit and yoga at the College of Sanskrit.  Subsequently, his reputation as a yoga teacher began to grow. In addition, the Maharajah of Mysore, who was a supporter of the arts and passionate about saving India's dying traditions, heard of him. Once meeting, the Maharajah impressed by Krishnamacharya's abilities, began to sponsor live yoga demonstrations.

Below is some rare footage of this time

Exhibitions that shun the spotlight onto yoga.  Showcasing the incredible abilities a solid practice develops. Krishnamacharya's fame continued to grow, and he was subsequently sponsored to open a school dedicated to the practice of yoga.  'Vinyasa Flow' was developed here.   Influential students would be taught in this school.  Each student becoming a teacher and a master in their own right.

Bellur Krishnamachar Sundararaja Iyengar, better known as B.K.S. Iyengar is one of the foremost yoga teachers in the world.  Iyengar's sister was married to Krishnamacharya.

A sickly and ill child he suffered from influenza, malaria, tuberculosis, typhoid, and accumulative malaise.  When B.K.S. Iyengar was 16, Krishnamacharya, suggested he practice yoga to help his ailing health.

Due to his physical limitations, Iyengar could only practice with the use of props.   Strap, block, bolsters and mats, were created. Modern restorative yoga classes and the modification of poses we see today are a result of the seeds he planted.

6 years of practice followed, and  Iyengar began to heal and recover.   However, Iyengar called these his ailments his ‘gifts of unfortunate ill health’ .

Going on to author classic texts, such as 'Light on Yoga'.   Texts which flavoured yoga in a way that made it palatable for the Westerner.

In conclusion,  he not only influenced yoga but created a style of yoga that is restorative and accesible to those with illness and injury,  "Iyengar Yoga".

Since a young boy, K. Pattabhi Jois was also a student of Krishnamacharya.  He further developed 'Vinyasa Flow', connecting breath to the flow of asana.  However, he paid  attention to strength, flexibility, as well as, creativity.  In short, this resulted in the practice of Ashtanga yoga.   Pattabhi Jois believed Ashtanga built tapas, or heat. Tapas purified the body, clears illness and creates longevity.  The personal teacher of the Maharajah of Mysore.  Ashtanga has a large Western following which continues to grow today.

Son and disciple of Krishnamacharya, TKV Desikachar, as a  young man he was never interested in yoga. Preferring to follow his intellectual pursuits.   Eventually, he did follow his father's path.  In addition, he developed his individual approach to his father's tradition.  Including pranayama and chanting. Importantly, he has opened centers that share Krishnamacharya teachings to everyone interested and without charge.

This public service is his offering to his late father.

All the above have had a profound, long lasting effect upon yoga. Thereby helping to shape it into the practice we know today,.  However,  its the actions of just one student that introduced yoga to the west which inevitably helped to breath life back into the practice.

Certainly,  Krishnamacharya's most controversial student, was a  1930’s socialite.  A westerner, and a female, who would go on to forever change this course of the ancient tradition.

Devi's fascination with India began at 15 when she read a book by poet philosopher Rabindranath Tagore and a yoga instruction book by Yogi Ramacharaka.

Sailing to India in 1927,  she adopted a stage name that would sound Hindu.   Her mother was a close friend of the Maharajah.  During one of Indra’s visits, she saw these public exhibitions.  Inspired, she asked to be a student of Krishnamacharya, who promptly declined her.

However, after the Maharajah of Mysore spoke on her behalf, Krishnamacharya begrudgingly invited her to be his student.  It was 1938.

This went against the grain of how he thought  yoga should be taught.  Therefore, Krishnamacharya hoping to make her leave, he made life hard for Indra.  Indra had to live in the furthest quarters and thus, subsequently having the longest walk.  In addition, she had wake at 4 am, before anyone else.  Further more, she was only allowed to eat food that was grown above the ground and in the sunlight.   Still she refused to give up, despite no one else having to meet these ridiculous expectations.

A sure sign of her tenacity, and character, instead she embraced the challenge. She adopted the food and local customs. With time the local people grew to know and love her,  and sung her praises.

The Guru changed his mind

Initially,  like every one else, he was staunchly anti woman.  However, Indra opened his eyes to the possibilities.   Krishnamacharya admired her strength.  He found her  to be a serious student,  a good person.  He shifted in his initial position and became a big supporter of women, deciding to teach her properly.

Subsequently ridiculed, and scolded by teachers and scholars alike.  To which he replied

‘If we do not encourage women the great Indian tradition of yoga will die’.

Krishnamacharya  understood  that in order to save yoga,  he  needed to challenge AND break away from tradition.   Further more, he had the foresight to know it would be western women who would save yoga from extinction.

He went on to teach Indra for one year straight.  Then becoming a teacher herslef, before being asked to introduce yoga to the west.   Indra wasn't just the first woman to learn yoga, she was also the first westerner!

Yoga is introduced to the west

She returned to the USA in the late 1930's,  and opened the first yoga studio in California. Where Hollywood stars, such as Greta Garbo, were taught and embraced the tradition.

After which she to Mexico,  where she lived for many years.   Once again Indra adopted the customs and the language.  Similarly, the local people grew to love and respect her.  A trailblazer, she opened an ashram. Attracting people from all over the world and and offering teacher training, for the very first time. .

From here,  yoga survived, the practice grew, its followers grew, and more and more women embraced it.

Furthermore, women also became teachers, and in turn, taught other women. Finally, embraced by the West, yoga not only survived, but has continued to thrive.   And the rest, as they say is history.

DVD Yoga Unveiled Evolution and Essence of a Spiritual Practice. 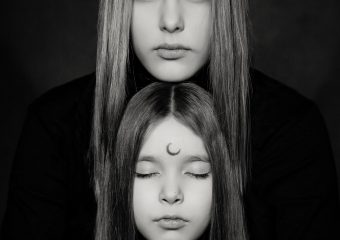 Women Who Run With the Wolves S02E04

Introduction: Singing over the Bones. The Wild Woman carries with her the bundles of healing: she carries everything a woman needs to be and know. She carries the medicine of all things.
Read More 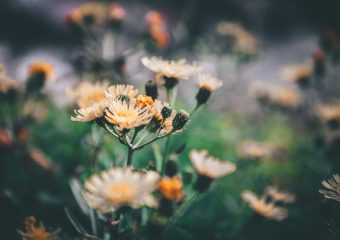 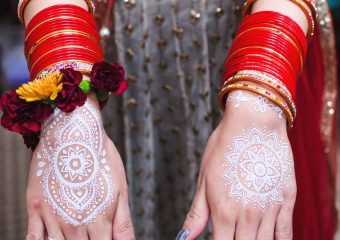 Introduction to The Chakras S02E02

Introduction to The Chakras  1 Muladhara (red) Root Chakra - Represents our foundation and feeling of being grounded. Location: Base of spine in tailbone area. Emotional issues: Survival issues such as financial independence, money, and food. Located at the base of the spine, the first energy center, sometimes called “the...
Read More